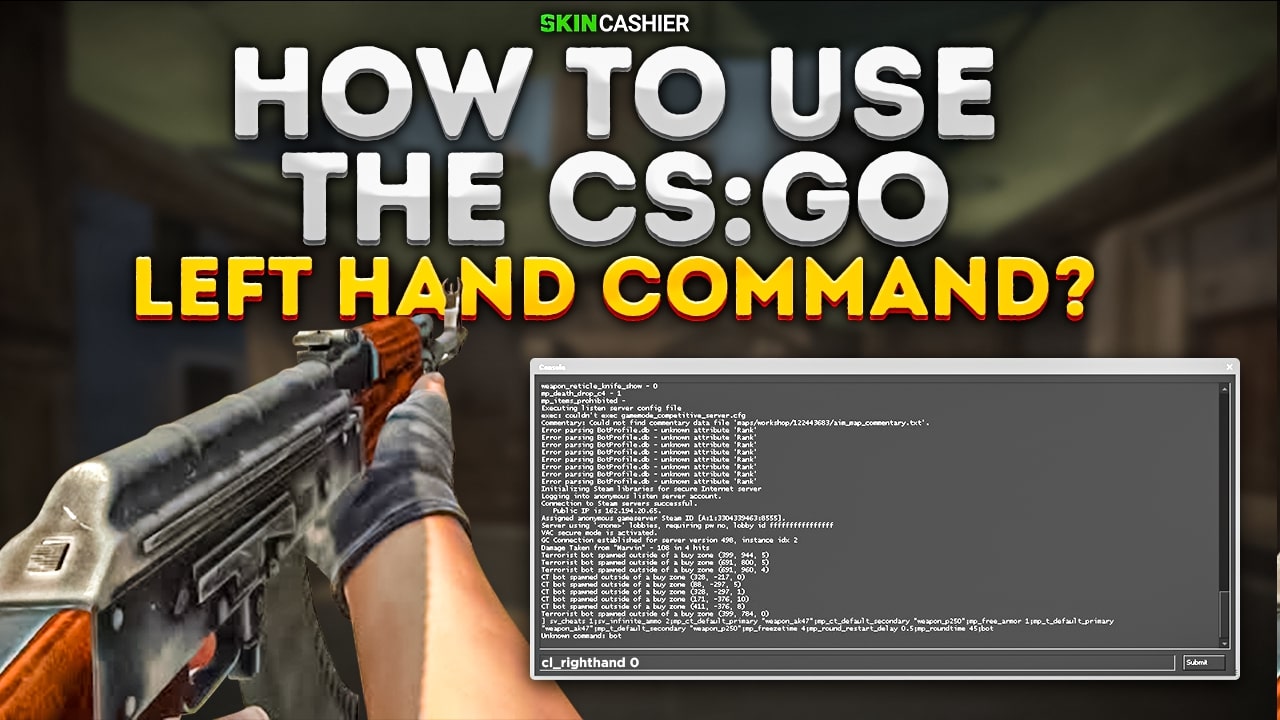 In CSGO, you can hold your gun either in your left hand or in your right hand. The choice is entirely yours. Everyone can experiment with both options to see which works best for them. To achieve the optimal outcome, find out what’s known as the CSGO left hand command.

The first thing you need to understand about the CSGO left hand command is that it’s implemented using the right hand as default in combination with a Boolean parameter (1 or 0). Thus, players are using your right hand (1) or you’re not (0).

Contents hide
1 How Do I Enable the Left Hand in CS GO?
2 What is the Command to Switch Hands in CS GO?
3 How Do You Bind the Side Mouse Buttons for Leftie in CS:GO?
4 Why Do Pro CSGO Players Play in Left Hand Orientation?
5 Conclusion

How Do I Enable the Left Hand in CS GO?

To utilize the left hand command CSGO, you first need to learn how to work with a game console. In Counter-Strike: Global Offensive, the game console is usually connected to your ` key. 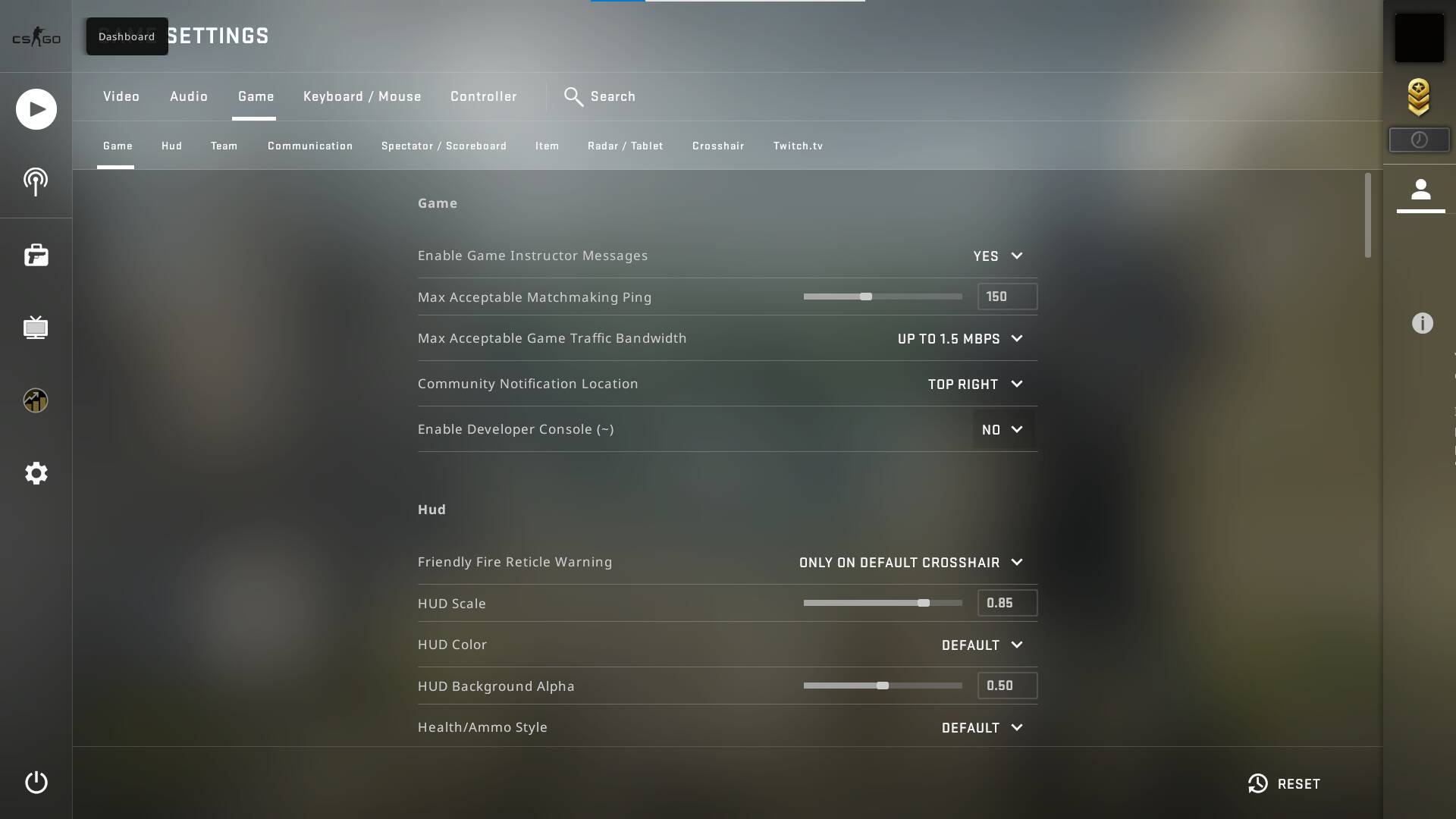 If you want to change this, go to Game Settings, find the Keyboard / Mouse tab, scroll down until you find the UI keys, and change the Toggle Console key from ` to whatever you want. Just make sure you don’t override some other important key in the process.

What is the Command to Switch Hands in CS GO?

Even though players are generally interested in learning about the left hand command in CSGO, the reality is that you actually need to learn about the right-hand command, because that’s the one that moves the gun from your right hand to your left hand. And it’s very basic:

By default, the parameter is 1. It means that the gun will appear in your right hand. So when you want to switch hands, you simply need to set this parameter to 0. It tells the game that control should no longer be in your right hand. And since it only has one other hand where it can go, it will be displayed in your left hand. 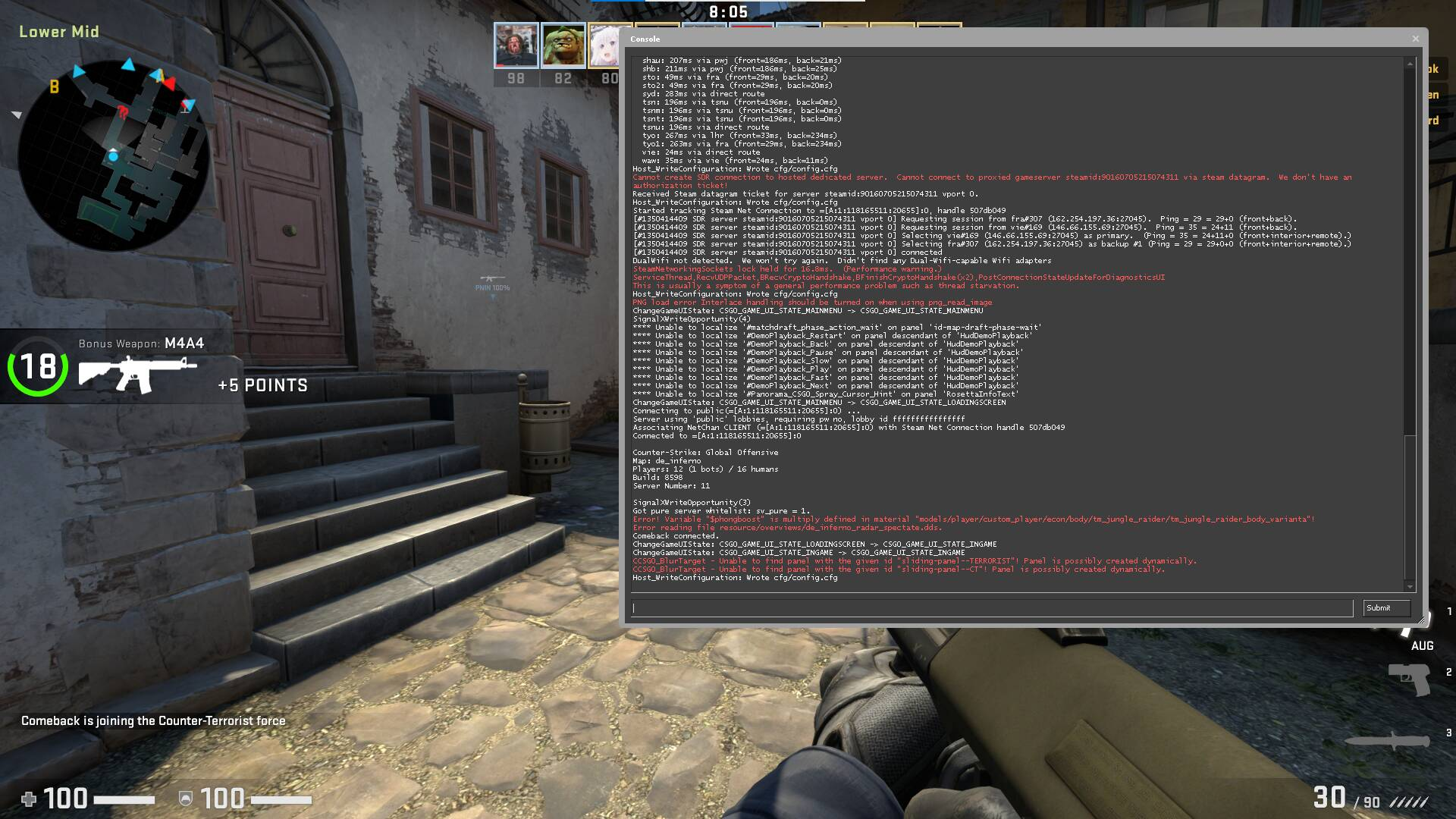 How Do You Bind the Side Mouse Buttons for Leftie in CS:GO?

The command for left hand CSGO can be utilized more easily by using a bind. The bind is a method of connecting CSGO console commands to one of your keys or side mouse buttons to activate it faster.

Once the bind is created, instead of opening the Console and typing in your command, you press the key or mouse button you’ve bound the command to. 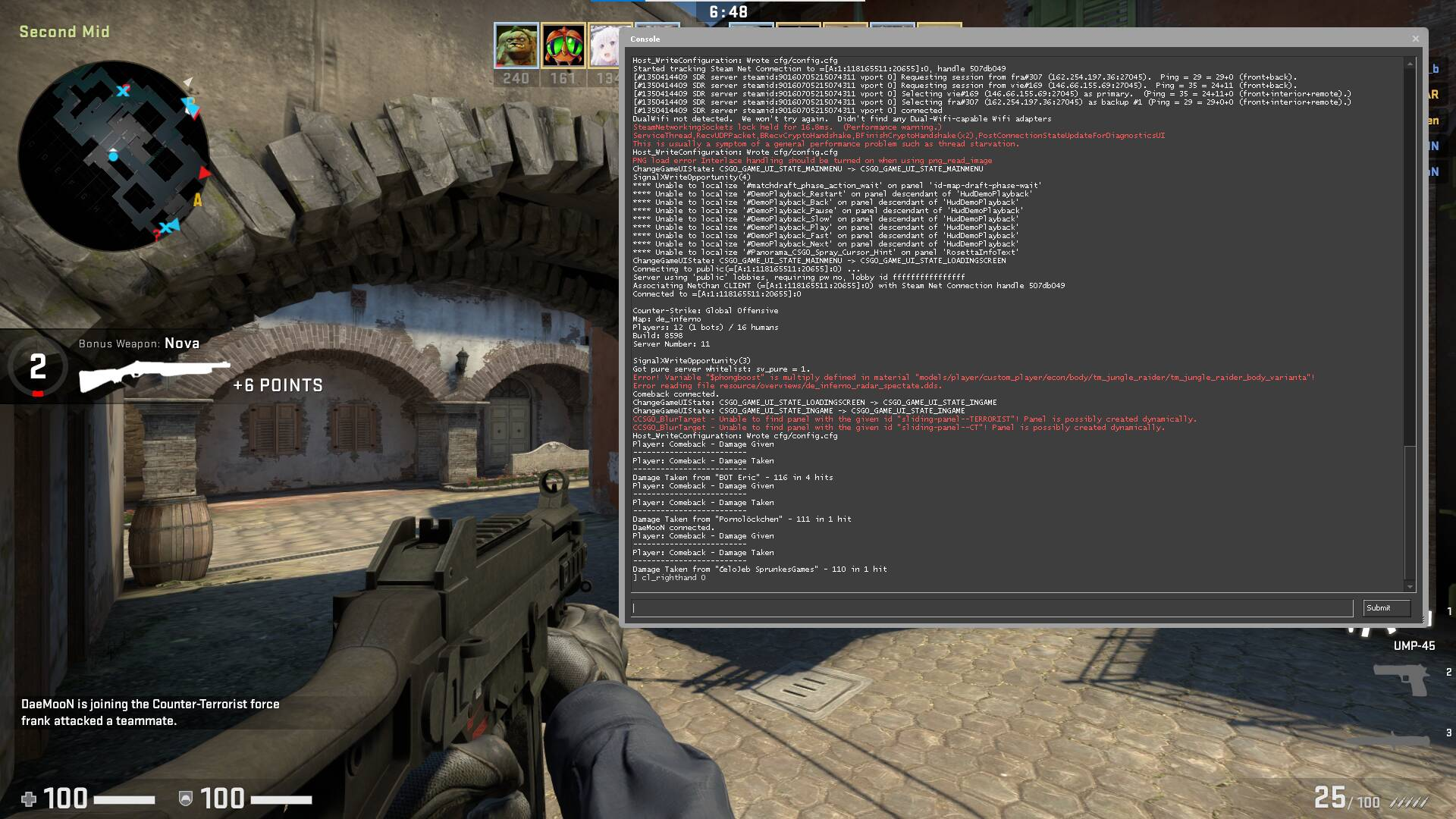 To create a CSGO left hand command bind, open the Console and use the following command:

Why Do Pro CSGO Players Play in Left Hand Orientation?

There are two possible reasons why you might want to utilize the CSGO left hand command.

The first reason is you’re a left handed CSGO player, seeing your character holding the gun the same way you would is more natural and less distracting to the eye.

The second reason why the best CS:GO players like to use the CSGO left hand command is that some guns or shooting angles might give you a slight advantage in terms of visibility if you use your left or your right hand. Therefore, some players like to utilize a switch hands bind and then change hands whenever they feel like it gives them an edge.

However, if you still want to do it, your movement keys are bound to movement commands: moveleft, moveright, moveup, and movedown. You can use the bind command to achieve the effect you want, like this:

Utilizing the CSGO left hand command is easy. But the challenging part is learning how to do it properly. After all, the goal of using the left hand console command in CSGO is to improve your playstyle and get more kills per game. If it doesn’t lead to better performance, the CSGO command for left hand play makes no sense.

CSGO Retake servers focus on only one goal – the bomb sites. This mode was introduced to the shooter alongside the Operation Broken Fang update. In CSGO retake servers, you start the round with a bomb already planted and ticking. It is your goal to either let it blow or defuse it, depending on which […] END_OF_DOCUMENT_TOKEN_TO_BE_REPLACED

At first glance, Steam Deck CSGO seems impossible, but not because this device cannot support it. The reason is exclusively related to the input methods offered by Steam Deck and the need to react in milliseconds in order to be a good Counter-Strike: Global Offensive Player. However, unless you are competing on FACEIT, Steam Deck CSGO is perfectly viable. […] END_OF_DOCUMENT_TOKEN_TO_BE_REPLACED