There are plenty of Counter-Strike Global Offensive players. The majority of them come and go after a Major final. But, there have been a few names that have stayed and crushed any opponent since the beginning of CSGO.

With this in mind, let’s review the newest list of the 20 best CSGO players in the world right now.

S1mple is among the main reasons why Natus Vincere has so many fans in the CS:GO community. This player has played a total of ten Majors and won his first major title at PGL Major Stockholm in 2021.

Yet to all the other ten majors, Aleksandr S1mple Kostyliev and NaVi have rarely ended up below 3rd or 4th place. S1mple’s personal stats are also quite remarkable. He has won Best Player of the Year by Esports Awards several times and was named best MVP countless times as well.

S1mple also has one of the rarest CSGO skins in his inventory, a Souvenir AWP Dragon Lore.

ZywOo is a French CSGO player. This Pro has won many CSGO MVP awards and two HLTV Player of the Year awards.

ZywOo is showing record-breaking stats based on his performance in the game. He’s definitely playing to win and has contributed a lot to this current team Vitality. Mathieu ZywOo Herbaut and his one of the best CS GO teams haven’t won any Majors so far. On the other hand, they’ve ended up in first place in countless tournaments. For example, the BLAST Premier: World Final 2021 and the BLAST Premier: Fall 2020.

Niko is among the best CS:GO players mainly because of his incredible technical skills. This player currently features a player rating of 1.23. No surprise that Niko has often received awards for being among the top 5 CSGO players since 2017.

Nikola Niko Kovač’s stats are way beyond average, proving the player has an enormous impact on his team. Niko is also a proud owner of many EVP awards.

Dmitry sh1ro Sokolov is currently the best CSGO player . Especially when it comes to survivability in the game. He also has the best performance stats for 1 vs x rounds.

See also  Who Is Shroud, the Ex-professional CSGO Player?

Other notable facts about sh1ro are that he and his team Cloud9 have won close to a dozen A and S-Tier CSGO tournaments. Last but not least, this 20-year-old features four MVP awards to his name and eleven EVP awards throughout his short CS history as a pro player.

Among the most notable Russian star players in CSGO, Ax1Le’s above-average player stats. His team’s many first-place tournament wins say a lot about this CS Global Offensive player.

For starters, Sergey is one of the youngest pro players in CSGO. Being such a young player, Ax1Le have earned hundreds of thousands of dollars for each player. He has won several A and S-Tier tournaments, including the ESL Pro League Season 13 and Intel Extreme Masters.

Since the start of his pro-CSGO days in 2014, Abai HObbit Hasenov has experienced some big wins. As a result, the pro has accumulated over $600.000 in his bank account. It is unbelievable, isn’t it?

Dev1ce has shown a stable performance throughout the years. So he is considered as an important player in team Astralis. Moreover, he is among the best CS GO players with the most CSGO major titles won. Out of the sixteen Major tournaments that Nicolai dev1ce Reedtz, he won four.

It’s clear that Astralis knew how to pick the best CSGO players and form the strongest team at that time. In addition, any other big tournament usually resulted for him in second or third place.

Coldzera wasn’t always among the best players in Counter-Strike. He started taking it seriously after the release of CSGO. Probably he has practiced hard to finally end up proving himself at the ESL One Cologne in 2015 for the first time.

Today, coldzera is a two-time CSGO Major title winner. What is more, he is an ESL Pro League and BLAST Pro Series winner. In addition to that, coldzera is also a proud owner of a Minimal-Wear AWP Dragon Lore skin.

Being a part of the famous Natus Vincere says it all about this one of the best CSGO players. Yet, let’s find out what exactly makes him one of the greatest professionals in CS:GO Esport ever.

Denis electroNic Sharipov has won 53 1vsx situations in professional tournaments. Among his brightest achievements there is one Major tournament. He can claim to have 16 LAN tournament trophies. As in all, he is also a winner of countless S-Tier tournaments in CSGO, including the BLAST Premier: Global Final 2020, DreamHack Masters Spring 2021, and more.

The next spot goes to another player from NaVi who has countless EVP awards and first-place tournament wins to his name. Valerii b1t Vakhovskyi is one of the most accurate shooters out of all CSGO players. He has a 67.1% headshot percentage which is currently the highest in the game in professional matches.

That’s not the only reason why b1t is a part of the best CSGO players in 2022, as his survival rating in pro games is also unmatched. Best of all, b1t is just nineteen years old and has already won the first major he ever played!

Jame is one of the best awpers in CS:GO. Currently he represents the Virtus Pro team in the Esport scene. He has 0.48 AWP kills per round, which is basically an AWP kill every second round. That’s not exactly easy to pull off against the best players in CS:GO.

It is worth mentioning, Jame’s survival rating is incredible, resulting in one death every second round. His ADR is below average but he definitely makes up for it in other states.

BlameF doesn’t have as many shiny awards as the other CSGO players here. But, that’s because he’s been playing pro since only 2019.

When Benjamin was playing for Team Complexity, he had the privilege of helping them win first place in numerous pro CSGO tournaments, including BLAST Premier: Spring 2020 European Finals and many others.

NAF is a star player for team Liquid that has brought the team countless victories, including the prestigious million-dollar first place at the Intel Grand Slam Season 2.

This player isn’t new to being a part of a best CSGO players list, as Keith has earned an MVP award as the best HLTV player of the year many times.

It seems that every team Twistzz plays for ends up winning first place in highly-skilled professional CSGO tournaments.

This player has exceptional skills. He is famous for hitting a lot of headshots during pro matches. Also, did you know that Twistzz owns one of the rarest skins in CSGO? – a Contraband M4A4 Howl.

See also  The future of CS:GO Players after their retirement

Broky is another Faze Clan member with an exceptional CT-side rating and a notable AWP kills per round percentage.

He joined his first professional CSGO team at just 18 years old. Despite all the mixed feelings about such an inexperienced player joining Faze Clan, Broky still ended up becoming one of the best CS:GO players of all time. And, as a result, he made many top players’ lists.

YEKINDAR has one of the highest impact scores we’ve seen so far on this best CSGO player list. In addition, his KPR and ADR are also off the charts. On the other hand, YEKINDAR doesn’t last too long in most rounds as his survivability rating is slightly below average.

He is also one of the best players to score an opening kill in pro matches, regardless of which side he’s on. These are definitely worthwhile stats of a best player in CSGO.

Ropz is a 22-year-old-player who’s been a part of only two teams in his entire career. Those Esport clubs are Mousesports and now in Faze Clan.

Robin ropz Kool helped secure the first place for his team at the Intel Extreme Masters XVI – Katowice in 2022 and has some of the most remarkable player ratings to date.

EliGE has been listed in the top 20 CSGO players of the year by HLTV for 5 years in a row. The player has earned a long list of MVP awards and best player awards throughout these years.

What’s most interesting about Jonathan EliGE Jablonowsky is that he has played in nine Majors. Those events proved his exceptional skills, but was never lucky enough to win a Major final yet.

KSCERATO is also known for his incredible survivability in pro matches. As the player everyone could count on him every single tournament.

The player has switched between several teams in the past. But he has found the most success with Team Furia, winning first place in many A and S tier CSGO tournaments.

Even though his career as a pro CSGO player is currently on pause, GeT_RiGhT is still considered one of the all-time best CS:GO players. He managed to win a Major when playing for NiP and is now a full-time streamer for Team Dignitas.

Christopher got the number one spot for best player of the year many times. And he is a proud owner of 10 MVP awards.

About the Author Carl Hardy 180 posts
Carl Hardy is an editor at SkinCashier, a website that covers the economics of skins in video games. He's been playing games for as long as he can remember, and his favorites include Counter-Strike Global Offensive and Rocket League. Carl loves discussing the game industry and all of its various aspects, but especially enjoys exploring the economic side of things. In his spare time, he likes to play guitar and listen to music.
[email protected]
Prev
Trendy M9 Bayonet CSGO Skins Worth To Buy in 2022 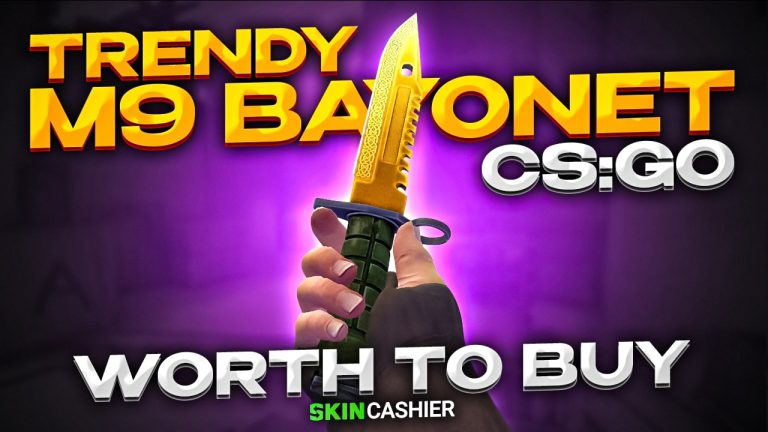 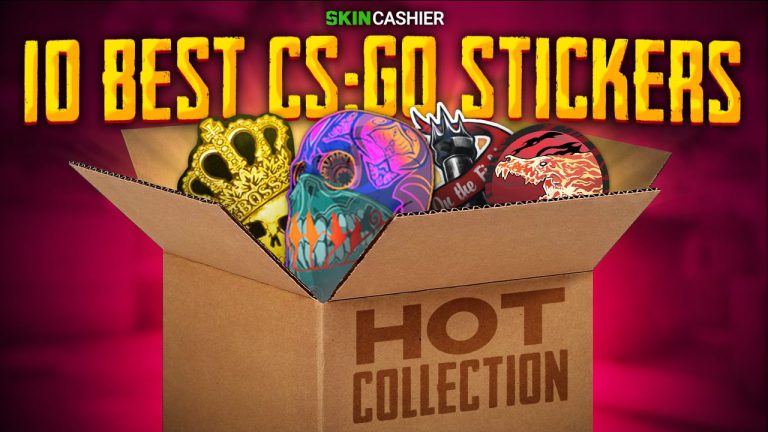 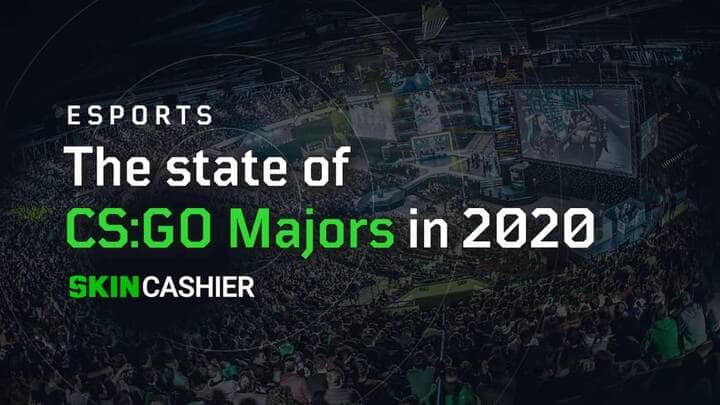 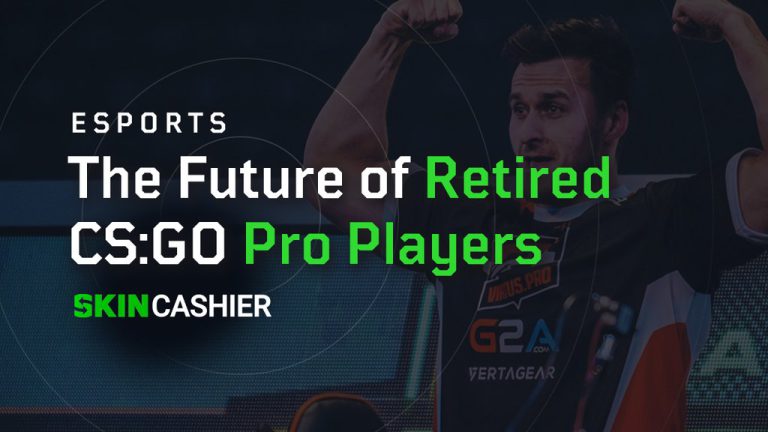 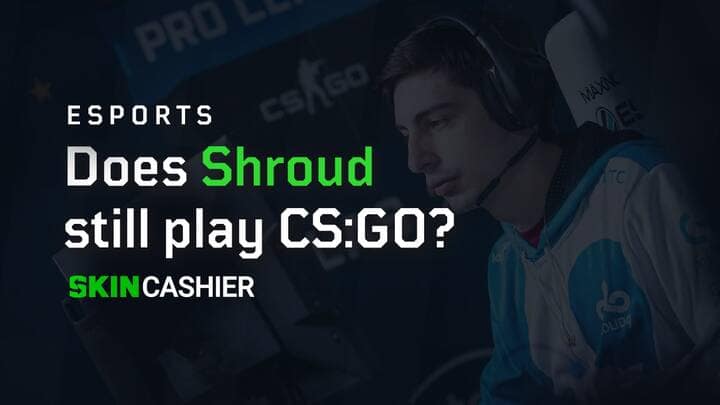 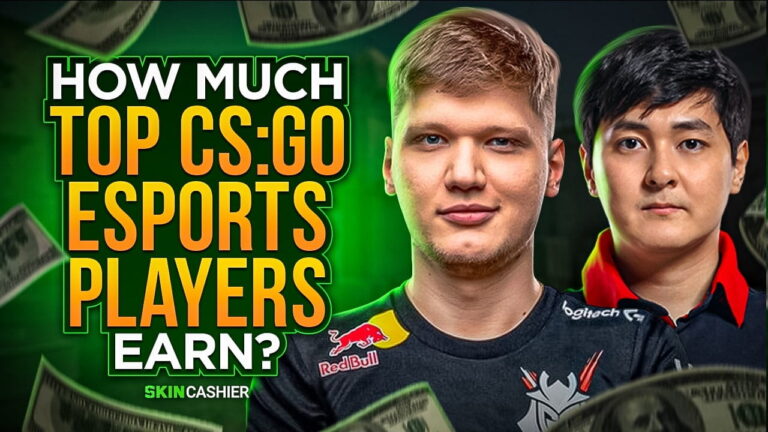 Highest Paid Esports Player – How Much Does He Earn?