Despite ongoing pandemic woes, the popular first-person shooter is to proceed with events such as the highly anticipated CSGO major this year.

Inconvenience is an understatement for this year, as many lives have been greatly affected by the COVID-19 coronavirus pandemic since governments around the world have enforced various restrictions such as travel, daily commute and social activities to the masses. In spite of the recent relaxation of lockdown rules that take place in many countries, the world is not yet ready for the return of large-scale activities. This includes staple events such as Counter Strike Global Offensive (CS:GO) Majors and other prominent tournaments which were supposed to be held annually since the inception of Counter Strike. Fortunately for both esports teams and spectators, the esports community has come to a workaround – by hosting virtual CS:GO major.

As one of the forerunners of competitive games, the global community of Counter Strike Global Offensive has seen many memorable tournaments in recent years. Avid players may recall PGL Major Krakow 2017 or ELEAGUE Boston Major 2018, in which the latter was famed in the weapon skins market for the souvenir AWP Dragon Lore, autographed by that year’s MVP Tyler “Skadoodle” Latham of Cloud9. For the loyal fans of Counter Strike, tournaments do not only give us a platform to show our support to our favorite pro teams, but also an opportunity to receive valuable CS:GO skins as a spectator of these matches. This year may have dealt a huge blow to the esports industry, since most of the CS:GO major in spring 2020 were either cancelled or rescheduled. For those that are still proceeding this year, the competition format has moved from offline to online, enabling pro teams to complete the tournament as planned from their home/training facilities.

At the time of writing, the mother-of-all-tournaments, CS:GO tournament ESL One Cologne may kickstart the competition online in August, which was originally scheduled to be one of the first returns in an offline, LAN environment. While Germany is gradually reopening its borders to certain groups of travellers, it has only lifted entry bans for visitors from a limited number of countries. Although ESL first had a closed studio environment in Cologne, the main concern of ESL was travel bans and restrictions levied on the United States, Russia and multiple other nations that would make travelling to Germany a nightmare, if at all feasible. The pandemic reigns as an omnipresent threat to those who are willing to travel in the current climate.

See also  When Is The Next CSGO Major Championship?

No matter the outcome, the undying spirit of the CSGO community would not be affected by the global lockdown, even if it means that we are to see the remaining tournaments of this year from the comfort of our homes. Legends will still be forged in the face of adversity, and the passion of the global CSGO community has encouraged these tournaments to go on, in whichever formats that could be presented given the uncertain times.

Read: How Much does the Highest Paid eSports Player Earn?

Thus, it is still possible to catch some of the best actions in the CSGO major tournaments this year, even when all stadiums are vacated. Do expect to see your first favorite teams donning their best CSGO skins during these gameplays and use this unique opportunity to watch their gameplay strategies and outfits which may inspire you to follow in the months to come. So, without further ado, let us look at the five anticipated CSGO major tournaments for the second half of this year.

Organised by the reputable tournament operator RFRSH, BLAST Premier Spring 2020 Finals were supposed to be held in Moscow, but due to the unforeseen circumstances (ie. the pandemic), they are the first CSGO Major to be done via online format. In addition to that, this reworked online tournament is now broken into two regions, namely Europe and America. Pro teams from these regions have competed last month from 15th to 21st June. The $750,000 prize pool was split into 2 categories – $500,000 for the 2 European Finalists teams and $250,000 for the winner of the American Finals.

Eventually in the European Finals, Complexity Gaming overcame a disastrous first map to pull off a reverse sweep and beat Team Vitality 2-1. Both Complexity Gaming and Vitality will join the American Champion Evil Geniuses for a face-off at the Global Final in January 2021.

See also  Highest Paid Esports Player - How Much Does He Earn?

Originally slated for July 2020, the ESL One Cologne is now confirmed to take place from August 21-30 due to the pandemic. As mentioned in earlier paragraphs, if everything goes according to ESL’s plan, they are considering making ESL One Cologne the first LAN tournament ever since the pandemic started. ESL has also announced on 2nd July, that the first 17 teams invited to participate in this year’s tournament. The teams are invited on the basis of their HLTV rankings and 8 teams have been invited directly to the main event including- Astralis, Natus Vincere, Liquid, 100 Thieves, fnatic, G2, mousesports, Faze. The other eight teams are placed in the Play-in stage including a few big teams as- Vitality and Ninjas in Pyjamas.

ESL One Cologne has been known by the community as the epitome of tournaments. It has also been dubbed as “The Cathedral of Counter-Strike”, due to several instances where historical moments of the esports scene happened in this tournament in Germany. Whilst this year’s tournament will not be considered as a CSGO Major, it is definitely a must-watch event as pro teams will battle out for a chance to win the prize pool of $1 million and the prestigious Champions Trophy of Cologne.

For those of you who are craving for more BLAST Premier after the successful Spring season in June, RFRSH will be going ahead with Fall 2020 in a similar format as the June tournament in Europe and America (unless the global situation improves, which they may revert to offline format). Meanwhile, get ready as BLAST Premier: Fall 2020 Regular Season will happen this October in the search for the team to enter the Fall 2020 Finals, and subsequently the Grand Final in January 2021. The Fall Season will also include a prize pool of $300,000.

This Major is likely the first CSGO major and the first event of such importance in Brazil. Valve and ESL changed the date from spring to fall and increased the prize pool from $1,000,000 to $2,000,000 in order to encourage and boost the morale of pro teams. The monetary reward will be divided among the sixteen teams, and the top eight teams will get pro circuit points. Previously in the last three Majors, we saw an exceptional performance made by Astralis, and this year, other pro teams will be given a chance to showcase their ability to be the ultimate champion for the next Major.

See also  The future of CS:GO Players after their retirement

BLAST Premier: Fall 2020 Finals is the last RFRSH tournament before the BLAST Global finals and the last big competition in 2020. Eight of the best teams picked globally will battle it out for the $750,000 reward and an invite to the Global Finals. Regardless of the format of the upcoming Fall Finals, it is definitely going to be an action-packed, adrenaline-fuelled December as we end the year with a bang, literally.

Read: The future of CS:GO Players after their retirement

Keep up with the trend despite all odds

There is a growing consensus among the CSGO community and the wider esports ecosystem right now, that the absence of traditional sporting events may catapult the esports market into the global stage, and the industry will likely benefit from that. Unlike football, soccer or basketball tournaments, esports such as CSGO could resume its matches online. Online events such as tournaments may provide an alternative form of entertainment for those who are trapped at home during the lockdown or movement control. As the corporate and educational world slowly grows accustomed to video conferencing and remote working as a norm, people may be interested in the emerging sporting industry events.

While it remains to be seen if the pandemic could bring about a new wave of adoption for the esports industry, existing CSGO players like us could be treated with more high-quality online tournaments like June’s BLAST Premier: Spring 2020 in a refreshing online format. Afterall, the game never ceases to amaze its loyal fanbase with constant innovation and updates to the game and its wider ecosystem, not to mention its successful weapon skins economy today. If you ever have more free time to play Counter Strike and are looking to find out about how to earn while you play Counter Strike, do check out our article where we teach you how to sell CSGO skins instantly for real money at SkinCashier.

About the Author Carl Hardy 180 posts
Carl Hardy is an editor at SkinCashier, a website that covers the economics of skins in video games. He's been playing games for as long as he can remember, and his favorites include Counter-Strike Global Offensive and Rocket League. Carl loves discussing the game industry and all of its various aspects, but especially enjoys exploring the economic side of things. In his spare time, he likes to play guitar and listen to music.
[email protected]
Prev
Futuristic Skins That Fit the Cyberpunk-Themed CSGO Vertigo Next
How to sort out your CS:GO Inventory effectively? 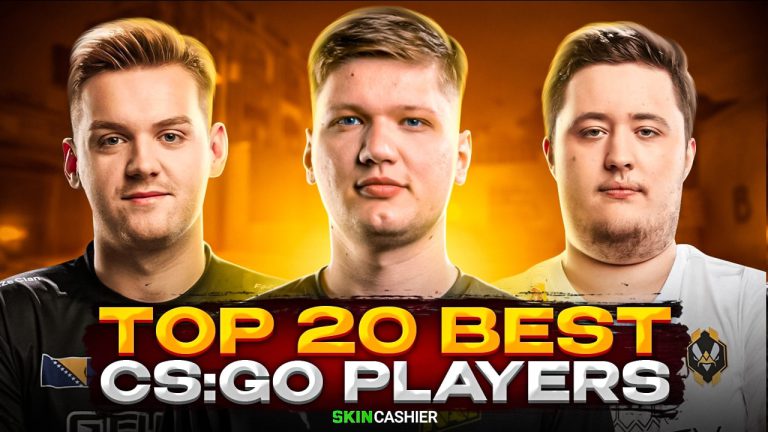