How to Listen Your Favourite Music with Slam CSGO Plagin?

Communication is a big part of Counter-Strike: Global Offensive. Mastering it over time improves your gameplay. But, if you play CS just for fun and want to hang out with friends while listening to music, there is a plugin that you can install to play songs.

SLAM CSGO or source live audio mixer is a plugin that allows you to input sound clips or songs. From this SLAM CS GO tutorial, you will find out how to install it, create binds, share sounds, and attach files.

What is more, you will see where to download it from and if there are any alternatives to SLAM CSGO.

Contents hide
1 What is Slam CS?
2 Does SLAM Work in CSGO?
3 How Do You Run a SLAM in CS GO?
4 How to Launch Slam Soundboard in CS:GO?
5 How Do You Turn Off Slam in CSGO?
6 Are There Any Alternatives to SLAM CSGO Plugin?
7 Final Verdict

What is Slam CS?

SLAM soundboard CSGO is a software that allows players to play music during games. With SLAM CS:GO, you can add a playlist and play any song you have put in the program. There are concrete SLAM CSGO commands you have to enter for CSGO SLAM music to work.

While some may argue that installing and playing some of the best SLAM music CSGO can be distracting and annoying, others love that they can play their favorite game and enjoy some tunes.

If you have watched Intel Grand SLAM Season 4 back in the day, you would have noticed that none of the pros was using SLAM during games. The voice message in-game is to communicate strategies and call out positions during play.

However, if you are on a public server, SLAM will add that extra entertainment.

Does SLAM Work in CSGO?

Back in the day, there were some problems. But nowadays CSGO SLAM songs can be easily played with the latest version of the soft. All you have to do is:

To make things easier for you, we will also give you a step-by-step guide on CSGO on how to use SLAM. Continue reading to see how to play music in CS:GO, and make your games more enjoyable.

How Do You Run a SLAM in CS GO?

In the older version of SLAM for CSGO, there were bugs where an audio file was unable. Moreover, the communication was frozen and even some tracks failed to load entirely. However, today, it will only take a couple of minutes to set SLAM up. And there won’t be any errors after.

Firstly, you should go to the SLAM website where you download the completely free plugin. Previously, you could only attach a track or voice clips from your PC. But today you can enter YouTube links as well. You can even trim tracks for your favorite part of the song.

Once you have downloaded SLAM and entered all the tracks you want, you should set a bind key or a play key that you will press in-game to play the track. After that, launch Counter-Strike and open the CSGO console.

How to Launch Slam Soundboard in CS:GO?

Most people struggle with this part and don’t know how to start SLAM in CSGO, but it is simple. All you have to do is:

Read Also: Not Only CS:GO Trading… Make Your Fortune With CSGO Custom Skins

How Do You Turn Off Slam in CSGO?

Now, for games like Garry’s Mod or source games, other players won’t have a problem with you playing music. In contrast, if you play competitive Counter-Strike matches, your team might be annoyed. Also, if CSGO slam is not working the way you want, there is a simple way to turn it off.

All you have to do is delete the files you installed, these two in particular:

Once these two will remove from your PC, SLAM will no longer be on your PC.

Are There Any Alternatives to SLAM CSGO Plugin?

SLAM is the only plugin that lets players listen to music in-game. Over the years, there have been some other plugins. But due to Valve banning users, jave started to mess with the game’s audio files. Currently, there aren’t any alternatives.

Valve has become more strict, unlike in the past when many players would play around with the files and come up with ways to implement a track in-game.

As we mentioned, communication is an essential component of the Counter-Strike game mechanics. So, playing music can be a distraction. However, if you are playing for fun and your first team is okay with you playing some songs while shooting, then SLAM is the way to go.

You won’t have any difficulties installing it and adding your favorite playlists, albums, or individual songs. Make sure to know how to bind text in CSGO to avoid misclicking during gameplay. All that is left is to add some music tracks to the playlist, turn up the volume, and have some fun! 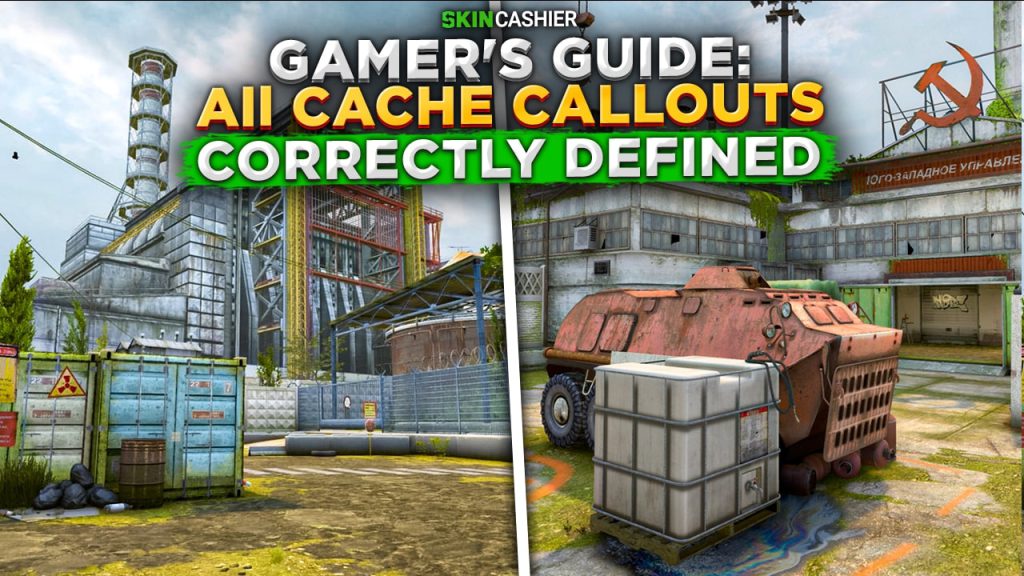 In Counter-Strike: Global Offensive, players often communicate with themselves using words and abbreviations that refer to specific spots on a map. In particular, Cache callouts are callouts utilized on Cache. From this guide, you learn some of the most famous Cache callouts. So you can utilize them when playing ranked matches. Where is Cache in CSGO? […] END_OF_DOCUMENT_TOKEN_TO_BE_REPLACED 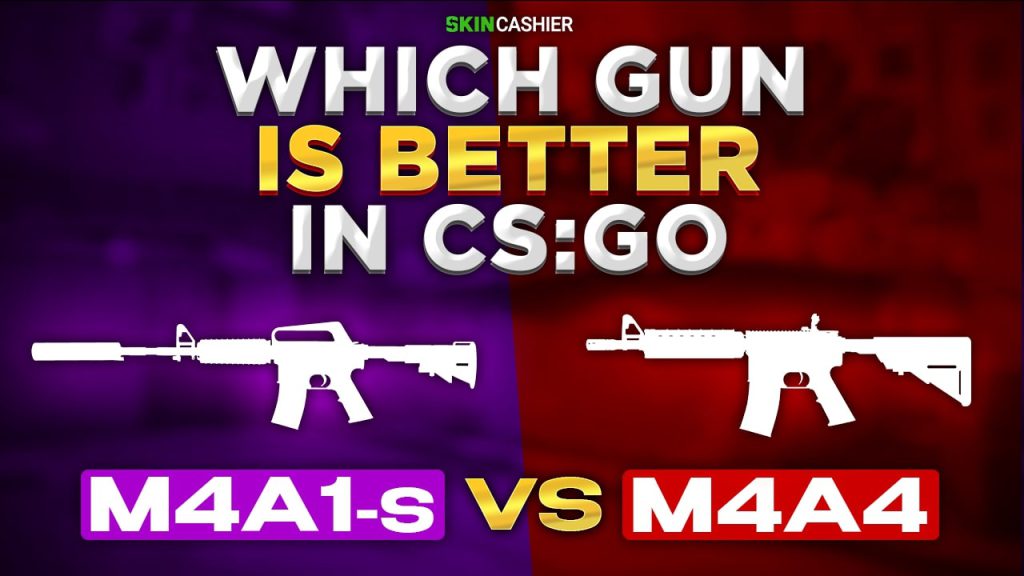 You are not alone if you’ve ever struggled to choose the favourite – M4A1 vs M4A4. These are two of the most popular weapons on the CT side of Counter-Strike: Global Offensive. In CSGO, the M4A4 vs M4A1 debate is as ancient as the competitive shooting itself. And depending on a player’s playstyle, they may […] END_OF_DOCUMENT_TOKEN_TO_BE_REPLACED 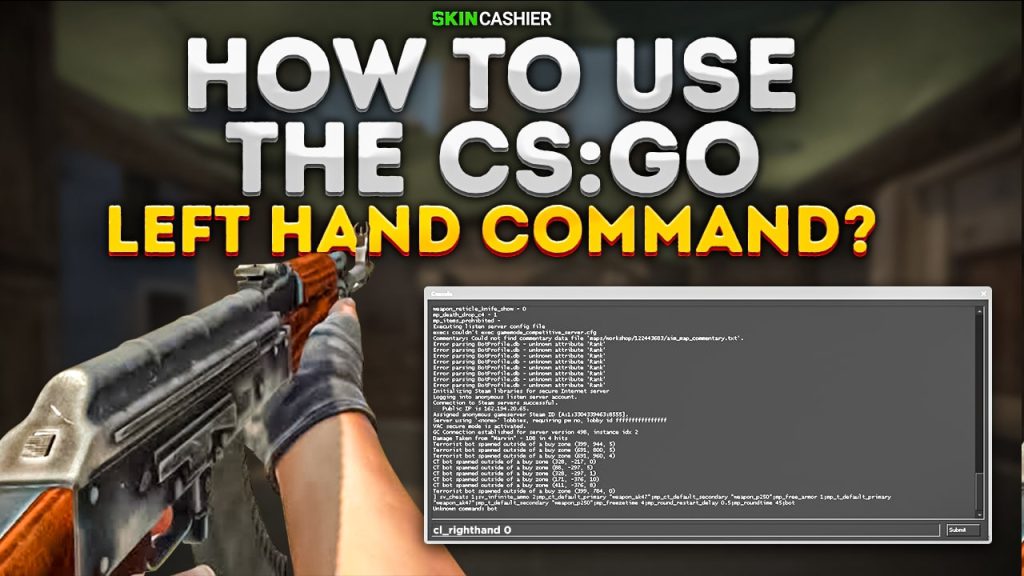 In CSGO, you can hold your gun either in your left hand or in your right hand. The choice is entirely yours. Everyone can experiment with both options to see which works best for them. To achieve the optimal outcome, find out what’s known as the CSGO left hand command. The first thing you need to […] END_OF_DOCUMENT_TOKEN_TO_BE_REPLACED