Out of all the weapons in Counter-Strike Global Offensive, the M4A4 is one of the best choices in terms of power and accuracy next to the all-powerful AK-47. It may not be as powerful in dealing damage, but it’s more accurate, stable, and perfect for players who want fast and clean kills from both far and close range.

If you already have the skill, now all that’s left is to improve your look. And, what better way to do this than with some of the coolest M4A4 skins currently on the market?

These are some of the most popular skins for the M4A4 weapon in Counter-Strike. They are in high demand by most players, some are very rare, but they’re all as cool as a CSGO skin can get.

The M4A4 Howl is definitely a unique skin in the gaming world of Counter-Strike. It was added in 2014. It was introduced inside the Huntsman Case, however, that case no longer drops the Howl, making it the rarest skin in CSGO. The starting price for the M4A4 Howl was close to $1600, even though it’s almost impossible to find one for sale today.

There aren’t enough words that can describe this one-of-a-kind skin in CS:GO. The M4A4 Howl is the only Contraband skin left in existence. You will have an extremely hard time finding one to purchase but if you do, expect to become one of the most unique players in CS:GO who owns this beauty featuring a red, majestic howling wolf.

You can find this Covert Rifle AK-47 skin inside the Prisma Case or on the Steam Community Market for a starting price of only $13 in Battle-Scarred condition. It was added to CS:GO in 2019 and features a Gunsmith finish style.

It’s called The Emperor because it was inspired by the “Emperor” tarot card. The skin is rich in dark blue and gold colors, leaving no part of the weapon unpainted. The M4A4 Emperor can be your new way of standing out on the battlefield. It may not be as expensive as the M4A4 Howl skin but can still cost as much as $700.

If you’re a long-time CSGO player, you’ve probably noticed that the Neo-Noir finish style affects many weapons within the game. It’s usually similar for all types but is still a unique and very attractive skin.

This one specifically, the M4A4 Neo-Noir, was added to CS GO in 2018. It’s a Covert Rifle skin that can be found inside the Clutch Case, or on the Steam market at a starting price of $8. Its design style includes an image of a blue-magenta woman over a light-grey color background. It’s just enough to strike a bit of fear in your opponent’s eyes.

Hellfire is a Classified Rifle skin for the M4A4 weapon in CS:GO that was added in 2017. You can find the M4A4 Hellfire inside the Operation Hydra Case or on the Steam market directly for as low as $17.

The M4A4 Hellfire is a dangerous-looking skin that features a devil-like character pointing his tail through the weapon. It’s more of a humorous than a scary skin but it’s still one definitely worth owning. It also features graffiti-style writings on the magazine and chains wrapped around the handle of the rifle.

This is another Classified Rifle skin for the M4A4 assault rifle. It’s the ultimate dream skin for any cybersecurity expert who loves to play the game. The M4A4 Cyber Security skin was added in 2020, making it one of the more recent skins in the game. It comes inside the Operation Broken Fang Case and is also available on Steam at a starting price of $4.50.

The black base of the standard M4A4 weapon has been covered with red, yellow, and blue stripes. On top of that, there are Chinese writings located on the magazine and the body of the gun. It may not be a scary-looking skin but it’s unique and attractive nonetheless. We can say for sure that no other skin in CSGO features a similar design pattern to this, making it one of the most unique items in the game.

Buzz Kill is an M4A4 skin that was introduced to CS GO alongside the Glove Case in 2016. It’s a Covert Rifle skin that features prices ranging between $10 and $100 on Steam. It’s available in all Wear Levels and StatTrak technology as well.

The skin itself features a dominant yellow color with black and green shades mixing it up a bit. The design almost resembles a bee or wasp, and it also includes an interesting flavor text, saying “There’s one at every party,” referring to a literal buzzkill type of person.

The M4A4 Bullet Rain is a Covert Rifle skin that was added to CS GO in 2014 with the eSports 2014 Summer Case. It’s a skin created by Valve and is available on Steam for a starting price of $46.

Bullet Rain is an exclusive skin to the M4A4 weapon only. It is covered in various shades of red, teal, grey, and white. The handguard and the buttstock of the rifle are painted red, while the center of the skin features falling red bullets from white clouds over a striped teal base paint. The buttstock also features a creature with big eyes whose origin is not yet known.

M4A4 Desolate Space was added to the game in 2016. It’s a Classified Rifle skin that is available on the Steam market for prices between $8 and $110. This skin also includes StatTrak technology and is present inside the Gamma Case.

If you’re a fan of the cosmos and are fascinated by space, then this skin will offer more than enough features to admire. The M4A4 Desolate Space is unique in many ways. It features a lifelike skeleton wearing a spacesuit who is surrounded by what seems to be a space monster with tentacles. Behind this skeleton is a purple space background with a flying rocket and a neon blue electric ray that’s being fired.

The M4A4 Converter is a Mil-Spec Rifle skin that is also available as a Souvenir skin. It was released in 2018 alongside the FACEIT 2018 – Ways to Watch update. This is one of the CSGO skins that aren’t available in any cases but can be found on the Steam Community Market. The M4A4 Converter starts at just $2, and the lowest possible quality for this one is Well-Worn, as Battle-Scarred quality is no longer possible.

The main colors that cover the M4A4 Converter are black and red. The barrel and the central part of the rifle are covered in red paint. The middle part has a mixture of red and black base colors with a grey mesh texture on top. The handle is all red and the handguard and buttstock have been left black.

The M4A4 Magnesium is one of the best M4A4 CSGO skins that has a clean and slick design pattern. It was added to the game in 2018 with the Danger Zone Collection. Magnesium is one of the most popular M4A4 skins out there, featuring tens of thousands of listings on the Steam market, starting at $0.13. It’s also available inside the Danger Zone Case.

The design style of the M4A4 Magnesium gives the rifle a clean metallic look, with light grey flames located at the center of the weapon. The two main colors covering much of the surface are a lighter and darker shade of grey. To give it an even more classy and durable appeal, the buttstock and the handle have been encased in carbon fiber. The M4A4 Magnesium is also available in all wear levels, StatTrak included. Thanks to its very inexpensive price, it’s one of the most bought and used skins in Counter-Strike Global Offensive.

Where to sell M4A4 Skins?

If you have M4A4 skins in CS:GO that you would like to sell for real money, you can use our Skincashier service. Just log in to our website with your Steam account and choose the M4A4 skins you want to sell. Our system will then ask you to choose a payment method, and after confirming the exchange offer you receive from our bot, the funds will be automatically sent to your account that you specified during the sale. The entire transaction on Skincashier takes about a minute, which is why it’s the best place to sell CS:GO skins for M4A4.

About the Author Carl Hardy 180 posts
Carl Hardy is an editor at SkinCashier, a website that covers the economics of skins in video games. He's been playing games for as long as he can remember, and his favorites include Counter-Strike Global Offensive and Rocket League. Carl loves discussing the game industry and all of its various aspects, but especially enjoys exploring the economic side of things. In his spare time, he likes to play guitar and listen to music.
[email protected]
Prev
Best CS:GO SV_Cheats Commands 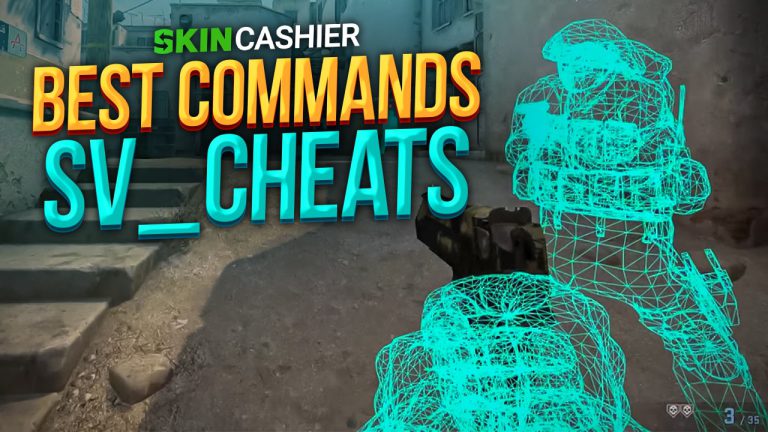 Next
Increase FPS in CS:GO 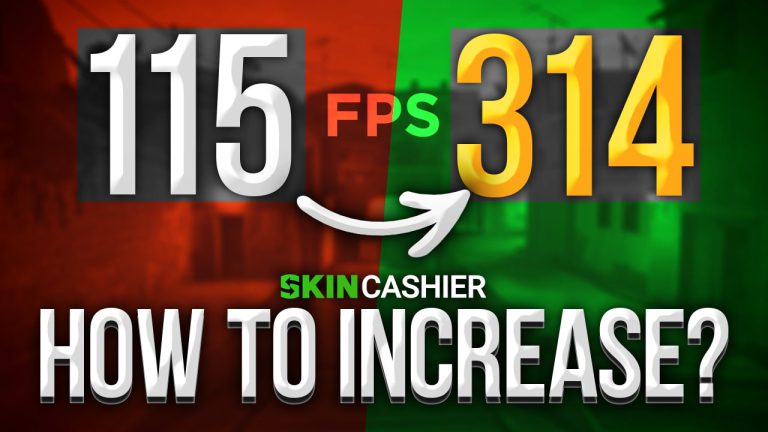 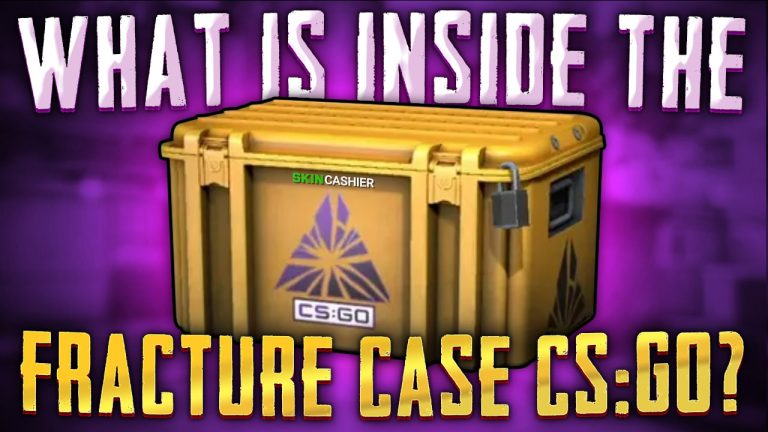 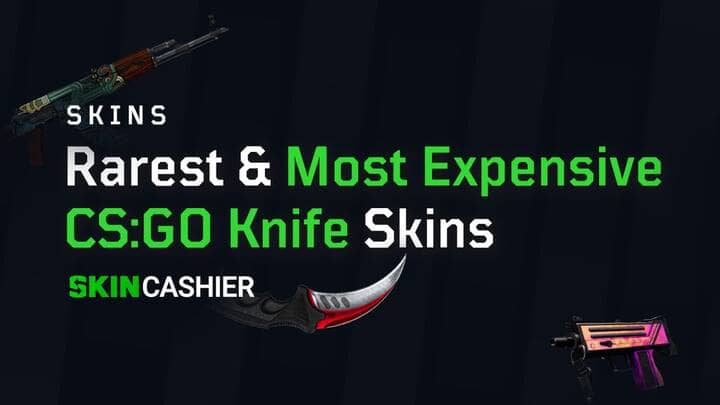 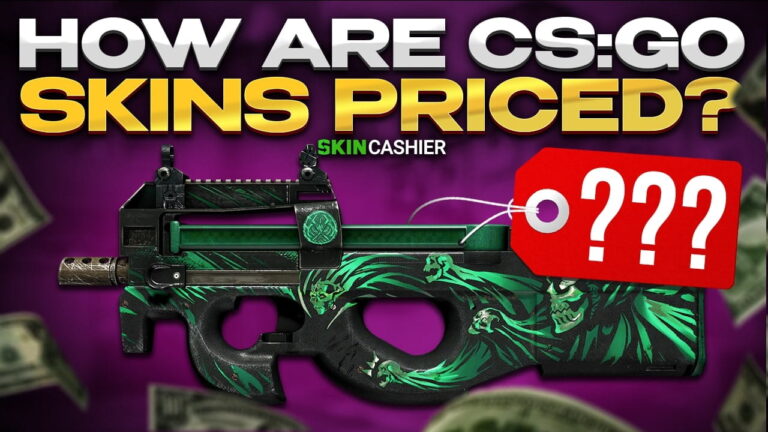 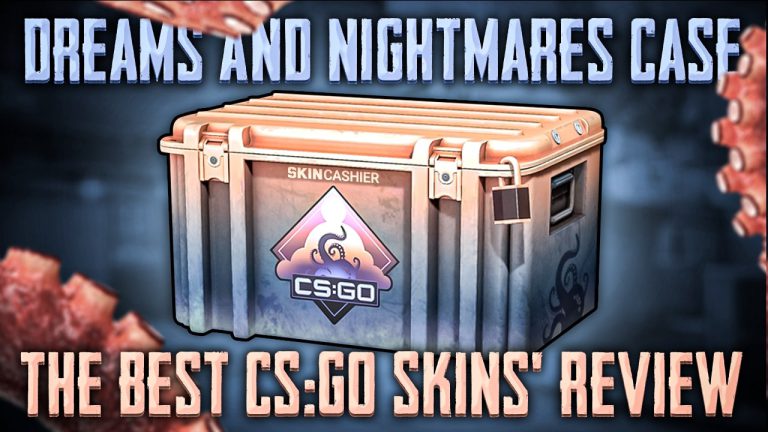