CS GO players heard about the gloves for the first time in 2016. With the Brother in Arms update, Valve released the Glove Case. It contains all-new 24 different gloves.

Over the years, many best CSGO cases appeared on the market with gloves skins as some of their components.

Today we want to showcase some of the cheapest CSGO gloves in 2022. Read this article until the end to explore prices and make the final decision before buying a pair of gloves.

What Is the Cheapest CS:GO Glove?

For those that don’t know, gloves are similar to weapon skins and knives because they have exterior quality. Below you can find the list of the cheapest gloves in CSGO. The price scope of these in-game items varies from $50 to $75.

At the time of writing this article, the cheapest gloves CSGO has are the Driver Gloves Racing Green. They can currently be bought on the Market in Battle-Scarred condition for about $49.50. You can also drop this pair of gloves from the Clutch Case.

Next, we have the Hydra Gloves | Mangrove, which can be opened from the Clutch Case or found in Battle-scarred in the market for about $59.50. These are one of few gloves that are actually cheaper to get on the steam market than online skin stores.

The Hydra Gloves | Rattler became an element of the CS GO economy in 2018. They are inside the Clutch Case. Currently, you can bag them for a price of around $62 in Battle-scarred or for $66 in Field-Tested.

Closing the Hydra Gloves theme is the Emerald. They were introduced in CS:GO in early 2018. They are a part of the Clutch Case. You can get your hands on them for about $67, which is quite cheaper than getting Factory New ones for about $505.

The Broken Fang Gloves collection is one of the new ones. They became a part of the shooter economy in 2020. You can find this skin in two CS GO cases: the Broken Fang and the Snakebite. They can be yours in Battle-scarred for $69.20.

Being introduced to CSGO in late 2016, the Driver Gloves | Convoy are inside two cases: the Glove Case and the Operation Hydra Case. They will cost you a bit more than the previous ones coming at $71.

Specialist Gloves collection has about 12 different pairs. However, the Specialist gloves | Buckshot are the cheapest ones. These can be found in the Clutch Case if you have any luck. The market price starts from $72 per pair.

The Moto Gloves Collection has about 13 different pairs. They are the only gloves that have the word ‘TORTURE’ on the index finger. The Moto Gloves | 3rd Commando Company is inside the Snakebite Case or the Operation Broken Fang Case. They cost about $72 or $73.

Even if the Broken Fang Gloves | Unhinged come in black color, the Battle-scarred version is almost gold-ish, which is unique. They can be found in the Snakebite Case or the Operation Broken Fang Case. You will be able to get them for $73.20, a bit cheaper than Field-tested.

The Specialist Gloves Forest DDPAT won’t be able to be found in the newest cases. They appeared in the CS GO economy in 2016. You need to hunt for the Glove Case or the Operation Hydra Case if you would like to get them from the drop. Today, their price in the market is around $75.

What Is the Chance of Getting Gloves in CSGO?

Opening cases are all based on luck. A nice pair of gloves are as rare as a knife. Bear in mind that you have about a 0.26% chance of opening glove skins from cases. It is why you should stay away from just opening cases. Additionally, as time has passed even cases are becoming more and more expensive.

What Is the Cheapest Way to Get Gloves in CSGO?

There are two options that you have for getting your hands on cheap CSGO gloves:

While prices may go up and down all the time, for gloves of battle-scarred quality, which are the cheapest ones, it is better to buy them from Steam.

While online sites may have more items, provide better prices for rare skins, and will give a better buying or trading experience, there is an exception when it comes to gloves.

On the one hand, more expensive gloves like the Bloodhound Gloves Guerilla or the Hand Wraps Cobalt Skulls will have better prices in Minimal-wear or Factory-new. On the other hand, low-quality versions of CS:GO gloves are more reasons to buy from the Steam marketplace.

Multiple other gloves we can define liek cheap in-game items. They are a couple of dollars more than the ones we showcased. You can dive deeper into the market and check some other options. Who knows, maybe you will view some others that we missed.

Nevertheless, all that is left is for you to pick a design. Chosen gloves will become a part of  your inventory and fit perfectly with some weapon skins. 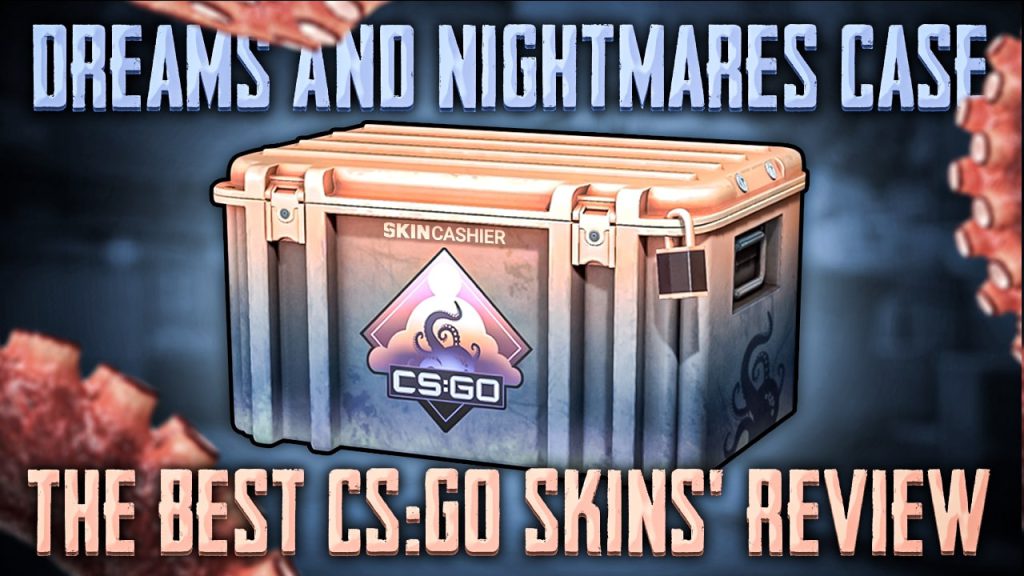 Since Valve introduced skins in Counter-Strike: Global Offensive in August 2013, it changed how some people view the game. Even if CS GO skins are purely cosmetic and don’t affect the actual gameplay, the market has become so big that there isn’t a player today that hasn’t got a skin. Over the years, Valve has released many […] END_OF_DOCUMENT_TOKEN_TO_BE_REPLACED 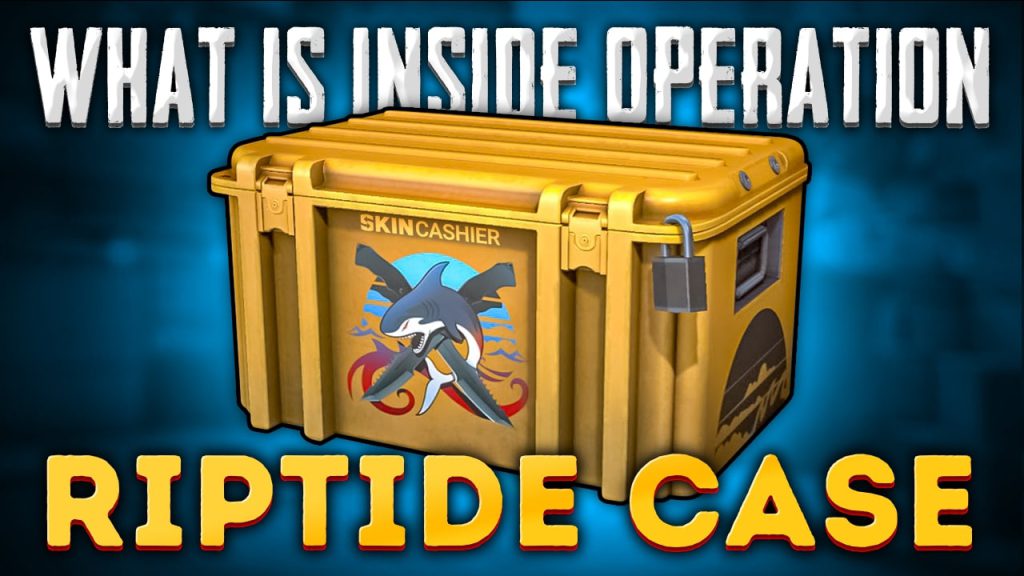 The Operation Riptide Case is the eleventh official CSGO case to be released and one of the newest ones in the game. It is available in CSGO since September 2021 and contains a variety of new and unique skins. If you want to uncover all the secrets behind the CSGO Operation Riptide Case, you’ve come […] END_OF_DOCUMENT_TOKEN_TO_BE_REPLACED 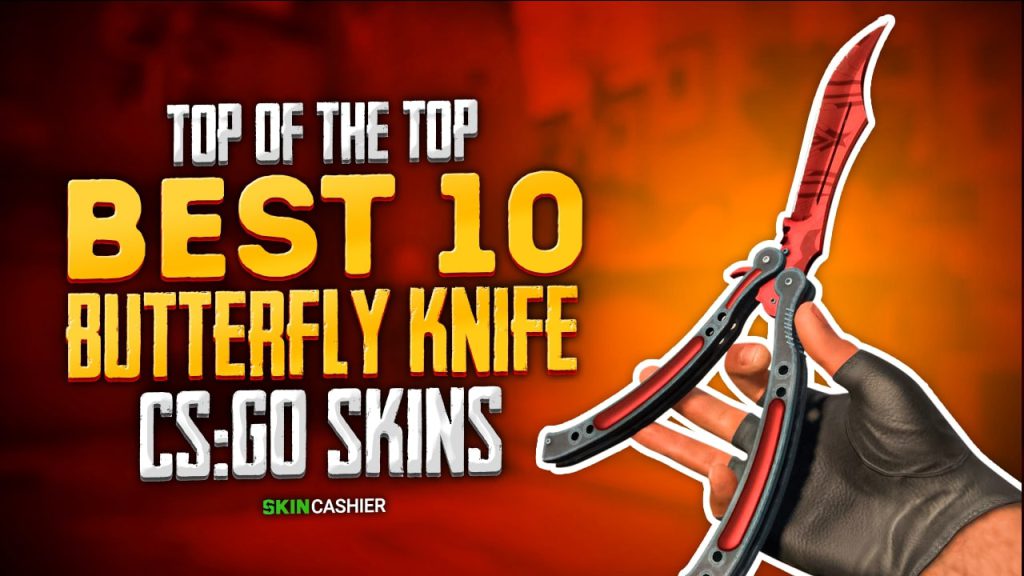 A custom-designed balisong or a butterfly knife can be outlawed in many countries. But it sure does not in Counter-Strike. A fan-like opening and a freely pivoting blade allowing rapid deployment are just some characteristics of why so many players long for this knife. The CS GO butterfly knife appeared in the shooter in July […] END_OF_DOCUMENT_TOKEN_TO_BE_REPLACED