At first glance, Steam Deck CSGO seems impossible, but not because this device cannot support it. The reason is exclusively related to the input methods offered by Steam Deck and the need to react in milliseconds in order to be a good Counter-Strike: Global Offensive Player.

However, unless you are competing on FACEIT, Steam Deck CSGO is perfectly viable. You might need a few weeks to become familiar with all device peculiarities. But it is not a hopeless endeavour. 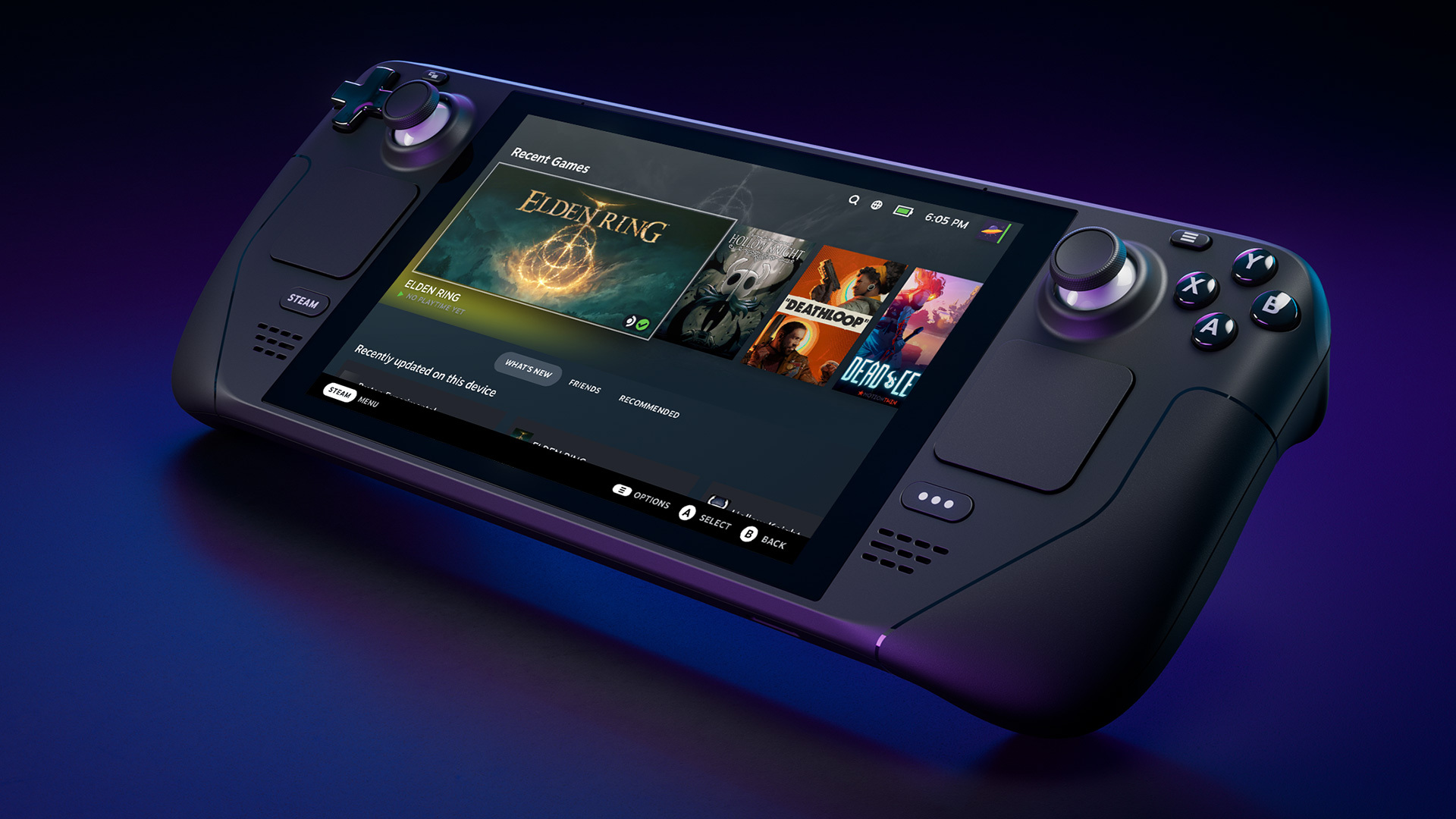 Will CSGO Be on Steam Deck?

It is the question that many Steam Deck buyers were asking before they got the device. And Valve quickly gave everyone the answer: OF COURSE!

Now that Steam Deck is available. What is more, it is shipped to customers around the world. Thus, CS:GO players of all ranks have started playing with CSGO on Steam Deck. The goal is to find the optimal way to play the game using this device.

When using a keyboard and a mouse, it is relatively easy to aim and move with precision. But CSGO Steam Deck is a different experience from the standard CSGO you play on a computer.

Of course. Steam Deck was designed to allow you to play about anything from your Steam library. You can run hundreds of games on it. However, if you own the 512GB version, you will not have any issues installing dozens of games and playing them while being away from home. 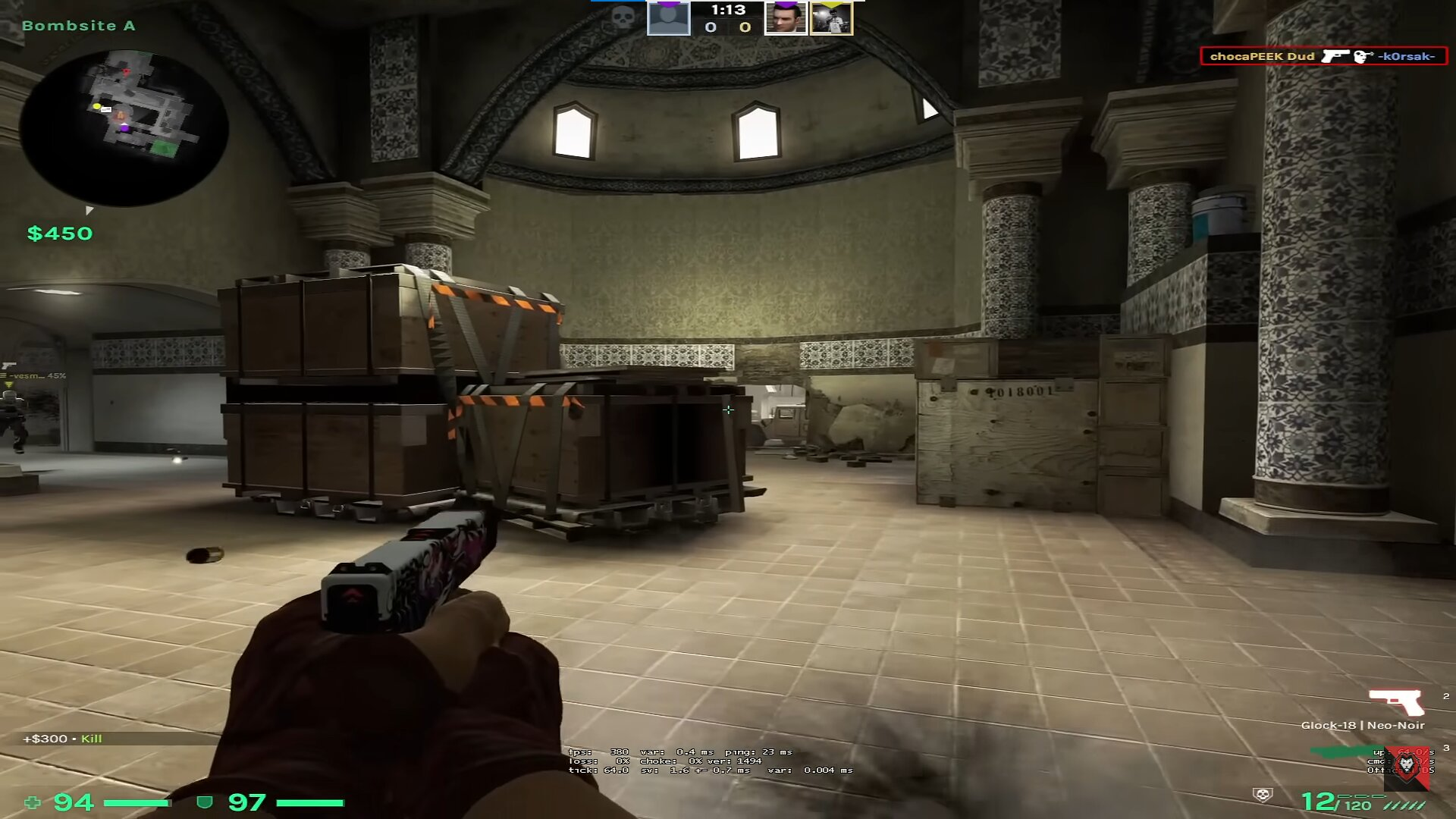 The Steam Deck specs are the following:

CSGO on Steam Deck has excellent fps. If you’re worried about the quality of your experience, rest assured that the number of frames per second is more than enough.

At the end of June 2022, Valve released a Steam Deck update that may improve the experience of those who use the device to play CSGO. Based on the patch notes, the changes introduced by Valve are the following:

If you play CS or any other game from your Steam library on Steam Deck, these changes should help considerably. Handheld gaming is not designed for highly competitive games like Counter-Strike: Global Offensive.

However, the company is trying its best to make the device as viable as possible for all types of gamers and incentivize them to buy it. Perhaps the new update will give entry-level CSGO enthusiasts an extra reason to make the purchase. As for the Global Elites, it is hard to imagine them competing against some of the world’s best at a disadvantage. 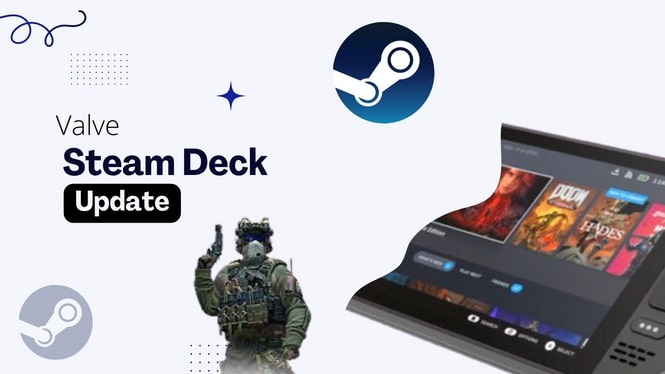 Below you can find a list of game controllers that you can use when playing games like CSGO on Steam Deck:

The goal of Valve Corp is to guarantee similar input devices when users play on Steam Deck. That way, they are much more likely to experiment with the device. The worst part about a handheld device like Steam Deck is the start. Before taking maximum from this device, you should learn how to use it. And it is not easy.

Usually, players seek to get every advantage they can by using a gaming mouse, a mechanical keyboard, a gaming chair, and expensive headphones. After investing hundreds of dollars in high-quality equipment that can give you an edge at the highest competitive level, you do not just want to switch to a simple handheld device.

But if you are a beginner and do not worry about dozens of gameplay optimizations, Steam Deck CSGO is perfectly viable.

CSGO Retake servers focus on only one goal – the bomb sites. This mode was introduced to the shooter alongside the Operation Broken Fang update. In CSGO retake servers, you start the round with a bomb already planted and ticking. It is your goal to either let it blow or defuse it, depending on which […] END_OF_DOCUMENT_TOKEN_TO_BE_REPLACED

At first glance, Steam Deck CSGO seems impossible, but not because this device cannot support it. The reason is exclusively related to the input methods offered by Steam Deck and the need to react in milliseconds in order to be a good Counter-Strike: Global Offensive Player. However, unless you are competing on FACEIT, Steam Deck CSGO is perfectly viable. […] END_OF_DOCUMENT_TOKEN_TO_BE_REPLACED